In the middle of Bay Lake, deep within the heart of the Walt Disney World property, lies Discovery Island. It is a former wildlife attraction/sanctuary that was closed in 1999 and has been left to run wild since. This is the story of my trip there quite a few years ago when I lived in FL. In the time since, I’ve learned a few disturbing facts about the lake and as such would not recommend that anyone attempt to re-trace our footsteps. I’ve heard from more than a few people that there are actually alligators that live in the lake, something I hadn’t even thought of, assuming this was just some other Disney attraction. Even more alarming, I’ve also heard that the main reason Disney closed the adjacent water park is because of the presence of Naegleria Fowleri bacteria in the water which can infect human nervous systems and nearly always results in death.

I’d heard about the island from some Orlando locals. They told us that there were rumors that there were bunches of animals still left running wild on the island. They hadn’t visited it themselves but told us that it was about 100 feet off the shore of the also abandoned River Country water park and that boat traffic was infrequent on the lake. We arrived with a plan involving an inflatable boat, 150 feet of clothesline(to pull the boat back across for other people), a large hand pump, and a few oars. After an ordeal smuggling the suspicious supplies into the Fort Wilderness campground via the Disney Shuttle buses, we finally made our way through the abandoned Water Park and got to the shore. To our dismay, we discovered that the island was in fact at least 300 feet away and that passenger ferries crossed between the island and shore every 5-10 minutes. It would make paddling across virtually impossible. We left defeated and I vowed to return and conquer the island some day.

It would be nearly a year before I returned. This time, we ditched the boat plan, it was too cumbersome, obvious, and slow. The plan this time was to swim for it. We loaded up some waterproof bags with equipment and headed out to the park. 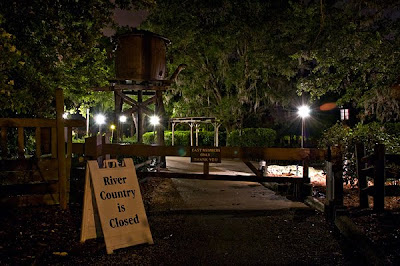 After making our way past some old water slides, we followed a path around the shore. Disney seems to like keeping all the lights on even in their abandoned properties in order to give the impression that they are still functional. A bit eerie, but we continued anyways. 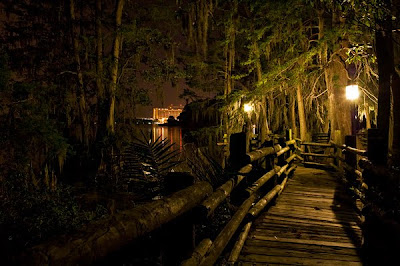 We finally made it to the shore and could see our target. We would head for a beacon of light on the shore of the island. We’d arrived late enough that the ferries had stopped running and the only thing to worry about would be occasional lake patrols by Disney security. We put our clothes into the waterproof bags and waded into the still lake water. 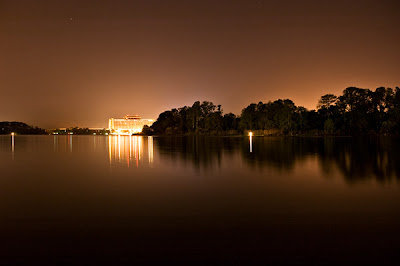 We swam as quickly and quietly as we could, using our waterproof bags as flotation devices. Landing on the shore I couldn’t help but feel like a navy seal sneaking up on an enemy target under the cover of darkness. We quickly made our way out of sight into the trees and stashed our wet gear under some bushes. 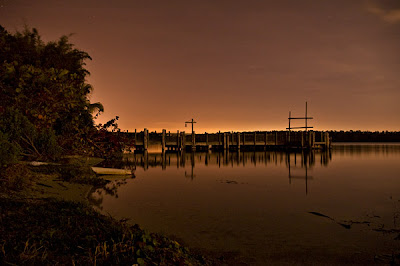 Now, while the island docks may be lit, the interior paths on the island are far from it. We knew we wouldn’t be able to use any bright lights while on the island, so with some small red colored lights, we made our way through overgrown paths. Almost immediately, we realized we were not alone on this island. We could hear all sorts of noises in the trees surrounding us. We were literally surrounded by what sounded like thousands of birds. We could hear them cawing and cooing in all directions, some sounded almost like people speaking. With every branch we stepped on that made a snap, a group of birds would be startled and take off all at once, making even more noise. It was really quite a surreal experience. 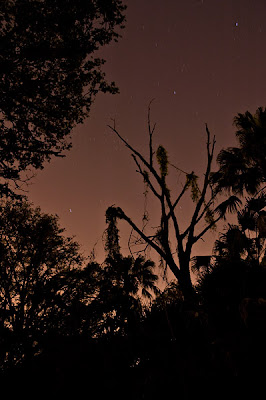 The island had certainly not been maintained in any way since closing, we had quite a bit of trouble navigating it and figuring out exactly where the paths were. One of the first things we encountered were what looked like cages as well as what I assume were veterinary facilities and storage areas. 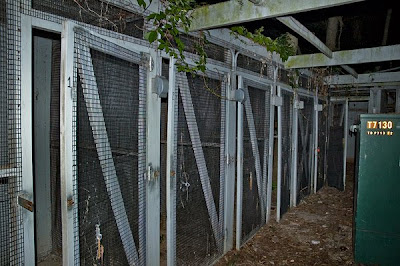 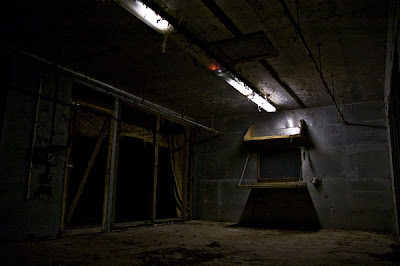 Venturing further into the island, we came across a storage building that was filled with all sorts of left over paperwork, photos, and some preserved snakes in odd containers. 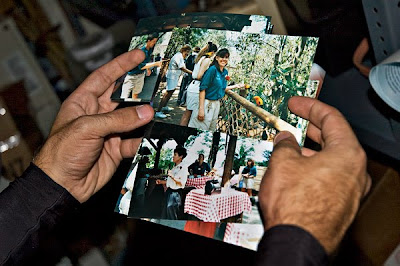 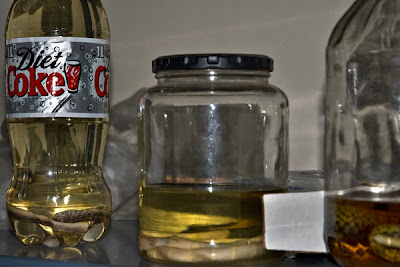 The going was pretty slow on the island due to the limited lighting, heavily overgrown paths, and disorienting animal noises. Spiderwebs also slowed our progress significantly and we eventually had to resort to constantly swinging our tripods in front of us to clear them out of the way as we walked. After a while, we came to some larger areas that looked like they might have been canopied enclosures for birds as well as some sheltered areas for visitors. 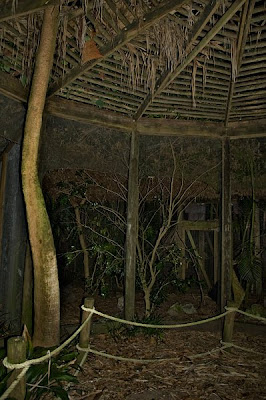 In one of these sheltered areas, we came across one of the more interesting finds of the night. I’d been poking around the space when I heard a hissing noise coming from one of the corners. Shining a light into it, we discovered 2 young vultures, still unable to fly but incredibly aggressive. Despite being not much larger than chickens, they puffed themselves up while making some ungodly hissing noises and charging at us until we left the area. 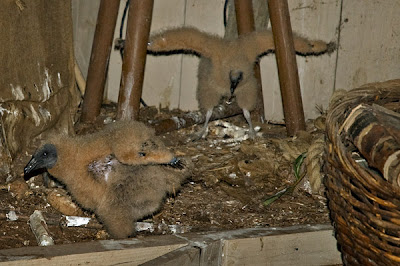 After finding the vultures, we had been there 3 hours and only covered half the island. We knew the ferries would start running again fairly early in the morning and that people would be waking up and moving around the park grounds, so we decided to turn back and get ready to make the swim back. We stopped at a dock on the way back for the mandatory group photo looking back on the mainland before packing up our cameras and swimming back across. The swim back went smoothly and we discretely made our way out of the park, only getting a few odd looks while waiting for the first bus of the day back to the parking lot as the sun came up.

About the Author: dbl07